As Bay Village prepares for the opening of its much-anticipated new library, we at the Bay Village Historical Society would like to share with you some library history from our collections.

The following early history of the library in Bay Village is from an article written by Bay Village Historical Society board member, Cynthia Eakin. It is part 1 of a three-part history that we will be sharing with you for the next few installments of Glimpse of the Past.

History of the Bay Village Library—Part 1, by Cynthia Eakin

Cahoon Will established the first library in Bay Village

The first settler in Bay Village was Joseph Cahoon, whose youngest granddaughter, Ida Maria Cahoon, left the family estate to the city for a library.

The Cahoon family settled along the Indian trail, now Lake Road, in 1810. In 1818, their permanent home, called Rose Hill, was built where it now stands. The third son of Joseph Cahoon married Margaret Van Allen, and their 11 children were all successful, prominent citizens. Three of their daughters, Lydia, Laura and Margaret were teachers in the Cleveland school system, and a fourth daughter, Ida, was a writer of prominence in the field of poetry. So, it was natural for a family interested in education to foster learning by establishing a library.

The library was made possible through the will of Ida Maria Cahoon. In her will, she asked that the name be, “Dover-by-the-Lake Library,” should another library ever by organized in what was then Dover Township.

The Cahoon estate consisted of 114 acres, the ancestral home of Rose Hill and the barn, left in trust to Mayor Walter Wright, city council, and their successors. The will stipulated that Rose Hill was to be used for a library and museum, and the surrounding land was to be used as a park. Item 25 of the will states, “I hereby direct and request that steps be taken by said Mayor and Council of the Village of Bay to enlist the attention of Mr. Andrew Carnegie, and solicit his help and assistance in establishing and maintaining said library. I hereby give and bequeath to the Library of Dover-by-the-Lake herein intended to be created, all of my books, pictures and I request that the family portraits and best pictures be placed on the walls of the Cahoon homestead, and be forever maintained therein.”

A committee of 12 members was appointed on Feb. 2, 1920 to organize and develop a program for a public library. This committee met formally on Dec. 10, 1920 with their recommendations. On Mar. 18, 1921, Mrs. Emma Paul Pope and Miss Olive P. Bailey were appointed associate librarians. They planned and organized the library and opened it to the public on May 24, 1921. There were 80 people present, which was a sizable crowd in a village of 750 people.

Ida Cahoon’s will established two trust funds known as the “Library of Dover-by-the-Lake Fund,” to buy books, maintain, support and care for the library. This fund, plus fines and a small sum from the village general fund, financed the library from its beginning until 1935, when it became eligible for funds from intangible taxes. 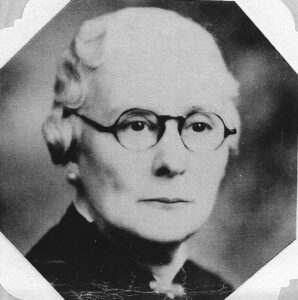 Mrs. Julia Osborn Scott was appointed resident librarian on Oct. 1,1922, and continued until 1946. Scott was the great granddaughter of Reuben Osborn, one of the first settlers of Bay Village. She not only knew her library collection, but she knew the village and all of its inhabitants, and many of their ancestors, if not by personal relationship, then by stories, folk lore and traditions passed down from one generation to the next. From her own family, she learned of the trials and hardships the pioneers endured as they traveled west into Ohio. Since Scott was steeped in the folk lore, manners and customs of the pioneers, she gave this information as freely as she lent a book.

Every newcomer to the village knew the library and Mrs. Scott before knowing anyone else, except perhaps their minister. The library was the center of interest, and there was a personal relationship between the librarian and her patrons that would not exist in larger communities. Scott lived in the upstairs of the library building from her appointment in 1924 until her retirement in 1946. Her quarters were described as being homey and interesting, as there were books everywhere.

Although there was always work to be done, Scott took the time to relate experiences that had no relation to the borrowing of books or reference readings, such as the time a Gypsy family took refuge in the library, since it was the nearest house when their baby became sick. They remained two weeks, but with all of the care they could give, the child died and was given a decent burial in the cemetery by the lake. Then, there was the incident when two men who had imbibed too much, broke into the library on a very cold night and slept on the couches downstairs. Still slightly tipsy in the morning, they proceeded upstairs to wake the librarian to ask her to intercede with the police on their behalf.

During the Depression years and until after WWII, the library hours were irregular and long for one person supervising alone. Because Scott lived in the building, many people would drop in at their convenience. The average number of hours from 1923 to 1934 were not recorded, but from 1934 to 1937, 34 hours a week were scheduled. Between 1937 and 1948, the number increased to 48 hours. There was no regular assistant, yet the services and circulation continued to increase. The library was known first as a Private Trust Library, then it became a municipal library and finally a branch of the Cuyahoga County Library System.

The Mayor and city council leased the dwelling house to the Board of Library trustees, furnished custodial services, water, gas and electricity, and paid the sum of $1,000 a year out of the Dover-by-the-Lake Library fund for use in operation and maintenance of the library. This agreement lasted from 1943 to 1952. 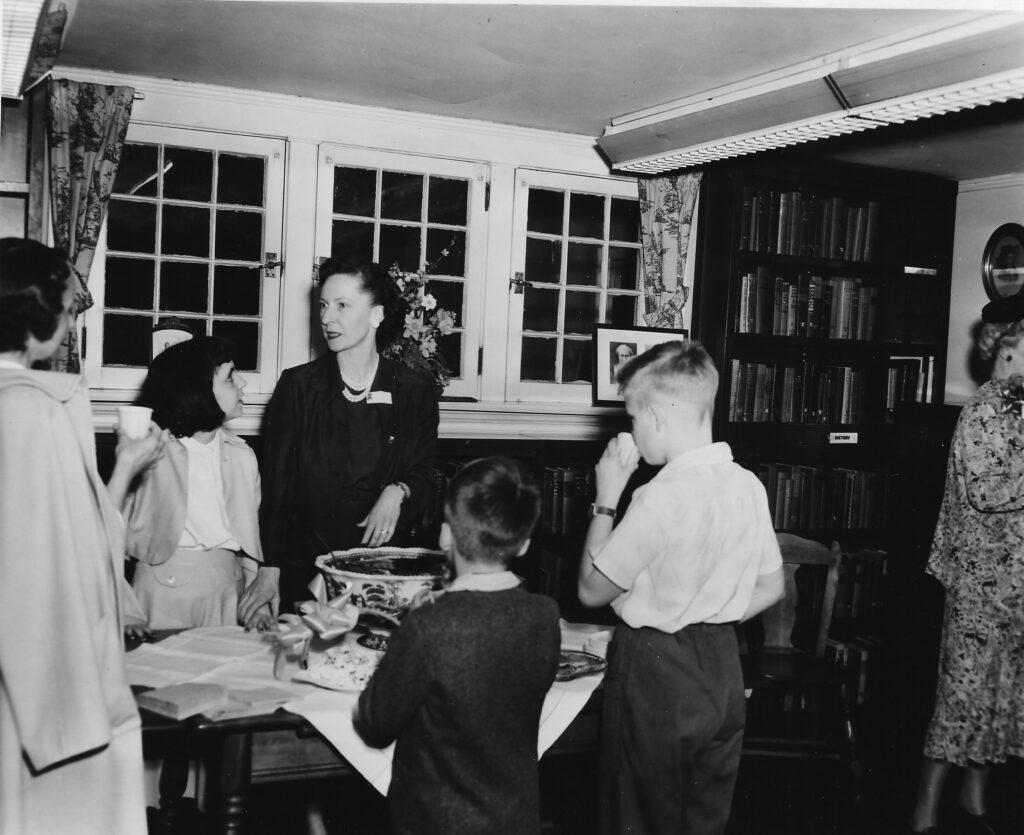