The following history of the library in Bay Village is taken from an article written by Bay Village Historical Society board member, Cynthia Eakin. It is part 2 of a three-part series that we will be sharing with you through Glimpse of the Past.

If you would like to find out even more about the library or you can help us identify the women the library staff photo below, contact us at (440) 871-7338 or email us: info@bayhistorical.com.

In addition to homes, churches and schools, a new Colonial-style shopping center, a professional building and a post office were built. The village government had many added duties, including increased police and fire protection, the building of new roads and the improving of water and sewage systems. Since there were so many responsibilities to be met, the village adopted the charter form of government. In 1950, the Village of Bay became the City of Bay Village, the legal name required by Ohio law after a village has attained a population of 5,000 or more.

The growth of Bay Village was soon reflected in the library program. More books were being read, circulation increased and there were more requests for meetings to be held in the library. The library board was convinced that some measure had to be taken to relieve the situation. Many pros and cons were considered, but the final decision was to join the county library system. 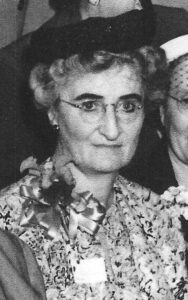 In 1946, Mrs. Eve T. Gleeson succeeded Mrs. Scott as librarian, after Mrs. Scott had served for 24 years. In her annual report that year, Mrs. Gleeson noted that the lack of heat in the library during the winter caused meetings and children’s story hours to be rescheduled. Circulation was dropping and newcomers to Bay Village were going into Lakewood for their books. Beloved as Rose Hill was by old and new residents, it could no longer serve as a public institution for a city now totaling 13,000 residents. Another disadvantage of having the Dover-by-the-Lake Library housed in Rose Hill was its isolated location. Because of its distance from the schools, the library was inaccessible to younger children due to a lack of public transportation. Heavy motor traffic made it too dangerous for children to attempt walking to the library.

Ever since becoming affiliated with the Cuyahoga County library system, groups within the community had pressed for a new library in a new location. A new Library Advisory Board was formed in February 1957, and a site committee was appointed at the very first meeting. Their first selection was a plot of land behind the Bay Village City Hall and across from the Wolf Road shopping center. But, because this was part of Cahoon Memorial Park, the title of which had been left to the people of the community through the mayor and city council, the title could not be transferred to the Cuyahoga County library as required.

In the midst of these discussions, Mrs. Gleeson resigned as librarian. Mrs. Helen M. Casey, then librarian at Fairport Public Library, was appointed to succeed Mrs. Gleeson. By the time Mrs. Casey assumed her duties in Bay Village in August 1957, the site search for a new building had been settled. It was the southeast corner of Wolf and Dover Center roads.

The circulation of the library showed a sharp increase under Mrs. Casey’s leadership. 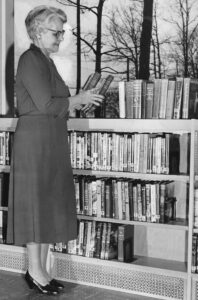 According to city hall estimates, the 1957 population in Bay Village was 13,500, and the librarian’s annual report showed a total circulation for that year of 45,607 books, an increase of 10,248 over the preceding year. Much of that increase resulted from an accelerated program of work with children, made possible by the appointment of a part-time children’s librarian. In addition to story hour at the library, book talks were given at the schools and a summer reading program was established.

Adult library services were also increasing, with many more books, film strips and recordings being borrowed from the regional library. The Baycrafters continued to occupy space in the library, bringing in people through their art classes. The League of Women Voters continued to meet at the Dover-by-the-Lake library, as well as the Lake Erie Junior Museum, now the Lake Erie Nature and Science Center, under the direction of Mrs. Elberta Fleming. 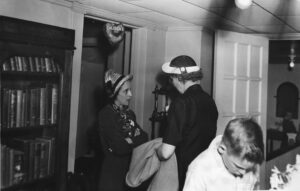 By the end of 1957, there were several part-time assistant librarians and one full-time desk worker. The mayor’s report for the year indicated that the proposed site for the new library building had been purchased and bonds issued. The title to the land was transferred to the Cuyahoga County library in early 1958. After the bids for construction went out, work on the building plans proceeded under the supervision of the architectural firm of Mellenbrook, Foley and Scott of Berea.

The year of 1959 saw a new library under construction, and also saw a critical re-evaluation of the book collection. Many outdated volumes were cancelled and purchases of newer books were made. Several part-time assistant librarians were added to the staff in anticipation of the move to new quarters. The Library Advisory Board and civic groups worked to raise additional funds for furnishings, landscaping and parking lot paving. 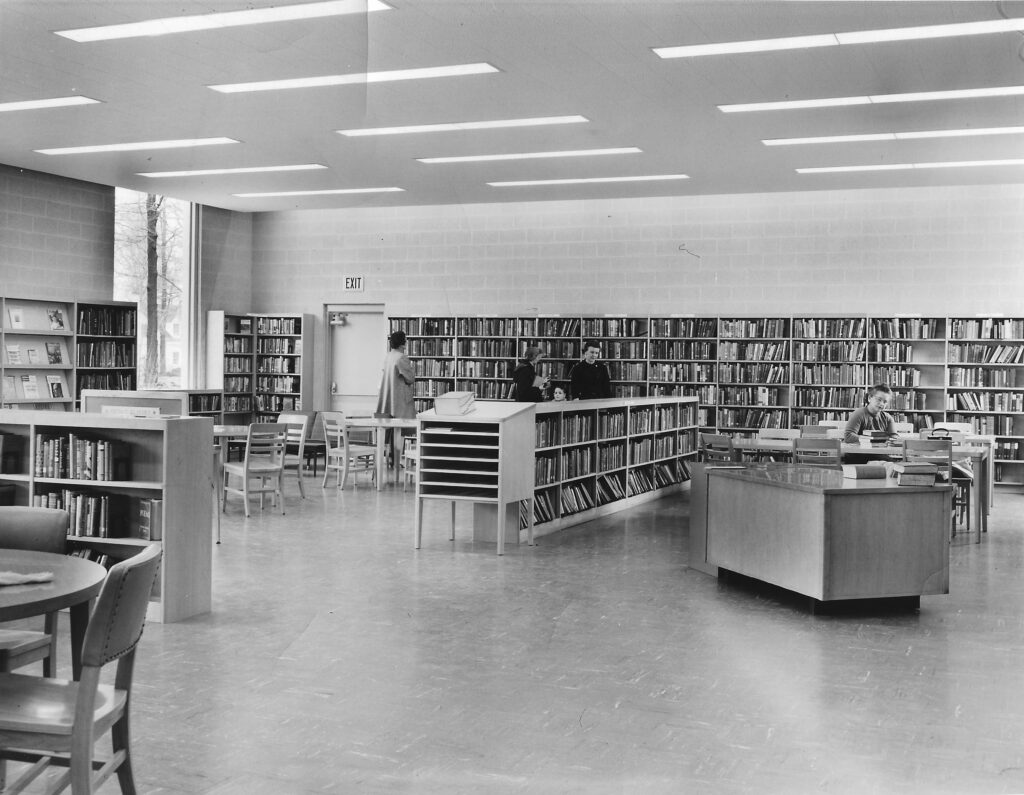 In January 1960, the new library building was ready for occupancy, and dedication ceremonies were held on Jan. 31. Dover-by-the-Lake Library slipped into the past, ever to be associated with Rose Hill, and the Bay Village Public Library took its place at the hub of the community’s life.

The information in this segment of the series on the history of the Bay Village Library was gathered from, “Evolution of a Library: Bay Village, Ohio” by Marjorie Corey. 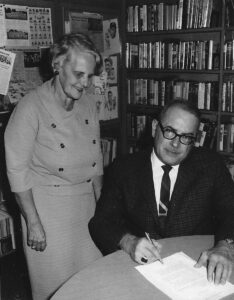 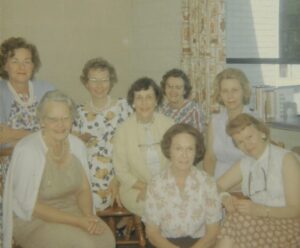