After living in a log cabin built in only four days for eight years, Joseph Cahoon and his son Joel built Rose Hill for the Cahoon household in 1818.

The house had two floors with four rooms each. There were two fireplaces on the first floor and a third fireplace under the house for cooking. The 1818 Parlor features one of the original fireplaces built in 1818, with hearth stones sourced from Lake Erie.

Not everything had to be built from scratch like the hearth. The Cahoons, and many families like them, brought prized items with them to Dover Township to start a new life.

Crown Glass
The outside doors are made with glass brought by the Cahoons from Vergennes, Vermont. Called crown glass, it was formed by spinning a hand-blown balloon of molten glass into a disc. The disc was then cut into panes of glass. This created rather small panes of glass by modern standards. The parlor door required nine panes of glass to create the desired effect. 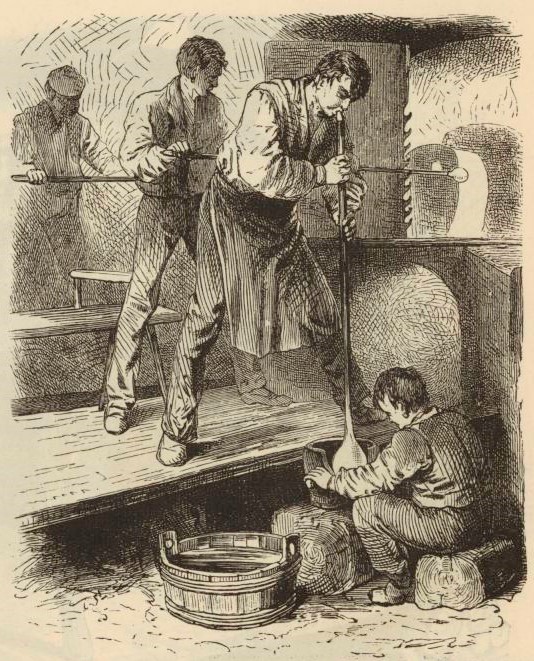 Cahoon Family Cookie Jar
Another prized item brought from Vergennes, Vermont was this cookie jar decorated with papier mache flowers and birds. It was handed down by Mary Cahoon, the oldest daughter of Lydia and Joseph. Mary married George Sexton and came with her parents from Vergennes, Vermont, bringing this cookie jar along with her. The jar was used by five generations of the family before being placed in the care of the Bay Village Historical Society by Mary Cahoon’s great-great-granddaughter. 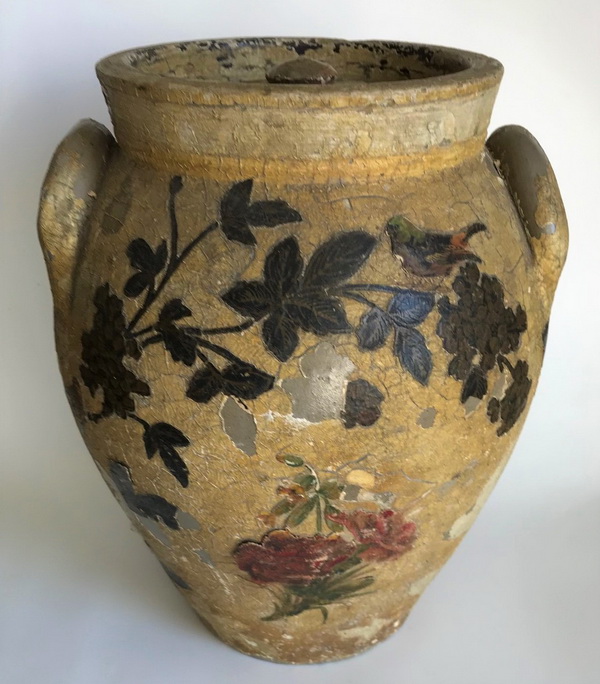 Flax and Wool: A Staple of Self-Sufficiency 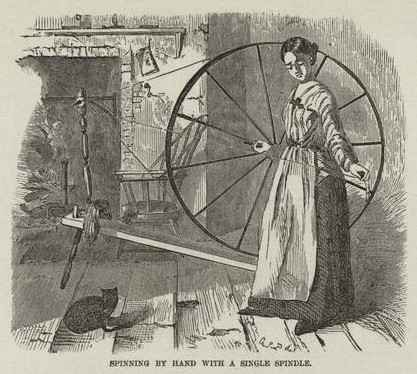 “Spinning By Hand With A Single Spindle ; A Mule Spinner, Operated By One Hand, Carrying 3,000 Spindles, Doing The Work Of 3,000 Girls.”
The New York Public Library, Digital Collections.

While the Cahoons brought glass and furnishings from Vermont for their house, they were still living far from the comforts of town life. The family had to be self-sufficient. Joseph Cahoon established a grist mill and saw mill on the creek. Apple, peach, and pear trees were planted on the hillsides and a peach brandy distillery was built. Flax for clothing was also grown and processed before being spun, woven, and sewn into finished garments by the women of the family. 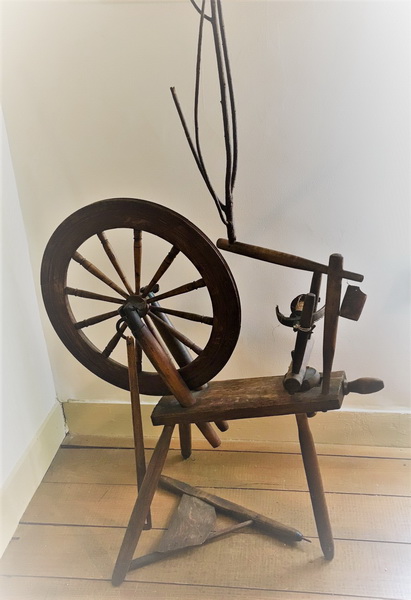 This flax spinning wheel belonged to Hannah Smith Porter, an early Bay Village settler. The flax roving wound on the spinning wheel’s distaff was made by Ada Powell Pepper, the daughter of Sophia Saddler Powell and Thomas Powell. These flax fibers were grown in Dover Township around 150 years ago, which Ada combed with a hatchel to create this roving which would then be spun into thread on the spinning wheel. 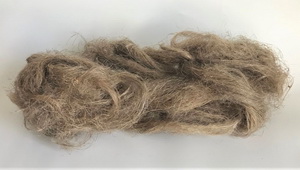 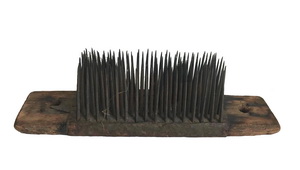