Whether you’re following along in person at the Cahoon Homestead, or you’re exploring from home, please enjoy this tour of Rose Hill Museum and learn more about the Cahoon family.

Rose Hill was the home of the first settlers of Dover, now Bay Village. Three generations of the Cahoons lived on this hill for a little over a century, from the time they arrived on the morning of October 10, 1810 until it was put into the care of the city in 1917. Rose Hill Museum shows life throughout this dynamic century for the Cahoon family from the self-sufficiency of the early 1800s to the modern fashion of the Victorian era.

For millennia, Bay Village was part of a hunting ground for Native American tribes. However, when Europeans arrived, this land was claimed by Connecticut under the terms of its royal charter in 1662. 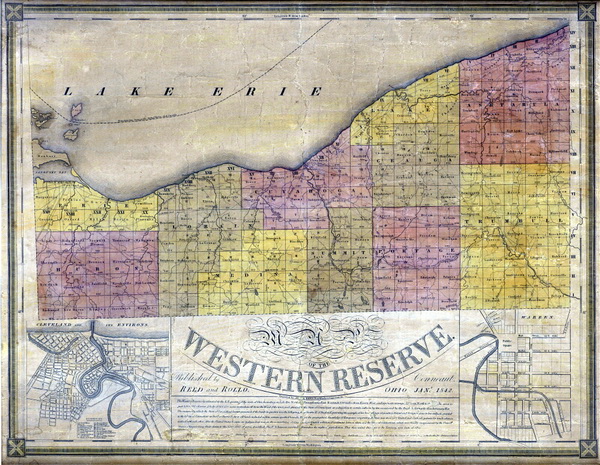 Following the Revolutionary War, Connecticut ceded sovereignty of some of this land to the United States in 1786 but retained a portion for itself, called the Western Reserve. This coincided with the beginning of the Northwest Indian War as American settlers, the British, and Native Americans fought over ownership of this remaining territory. The war ended through a series of controversial treaties, including the Treaty of Greenville in 1795, which officially ended the war. These treaties ceded Native American land to Connecticut in pieces until the territory was finally sold to the Connecticut Land Company.
The following year in 1796, the Connecticut Land Company sent Moses Cleaveland to survey the territory and portion out 25 square mile townships for development by settlers. Nehemiah Hubbard and Joshua Stowe bought a large parcel along the lake, stretching from Rocky River to Avon and south to Olmsted Township. They named the township Dover, after their hometown in Connecticut. Distributed into lots, the settlement grew rapidly throughout the 1810s. 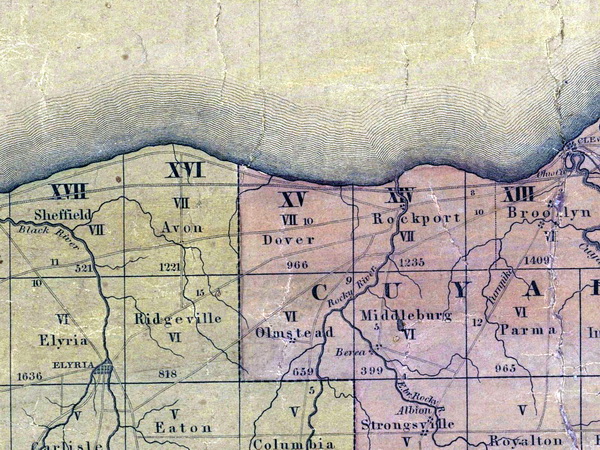 From Vermont to Rose Hill

Joseph Cahoon, a miller from Vermont, first visited the Western Reserve in 1799 and it evidently stuck with him. He and his wife Lydia Kenyon Cahoon, along with their children, finally set out 11 years later from Vergennes, Vermont for Lot #95 in Dover Township. 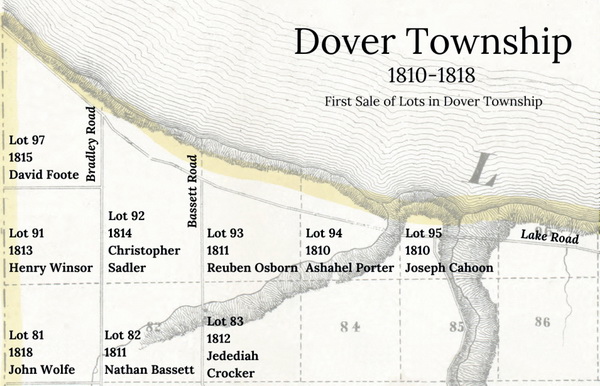 Although they were the first settlers to arrive, they were not alone. Later that same day, Asahel Porter and his family arrived at Lot #94 (present-day Huntington Reservation), along with Reuben Osborn and Leverett Johnson, all from Woodbridge, Connecticut. In fact, Joseph sent his third son, Joel, to a nearby Native American trading post during the first days of their arrival. Through trading, they were able to feed themselves while building their first house in time for the winter. The Cahoon family built a log cabin down by the creek in four days. A reproduction of a log cabin of the same period was built by the Boy Scouts in 1976 to celebrate the American Revolution Bicentennial. Read more about the cabin here (link to Cabin page).
After living in a log cabin by the creek for eight years, Joseph Cahoon and his son Joel built this house for the Cahoon household in 1818. In its first iteration, long before it was called Rose Hill, the house had none of the Gothic and Greek Revival influences seen in its later additions. Instead, the house was simply made by the Cahoons themselves. It had two floors with four rooms each.

In 1839, Joseph Cahoon passed. His son Joel Butler Cahoon, returned to Rose Hill with his family in 1842. Joel’s mother, Lydia, had planted rose bushes throughout the property, prompting his wife, Margaret, to name the house and grounds Rose Hill. 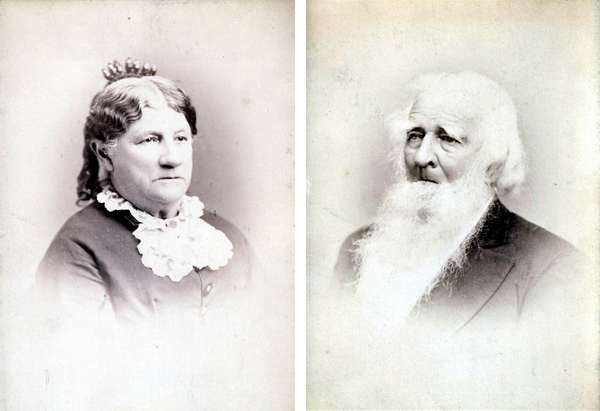 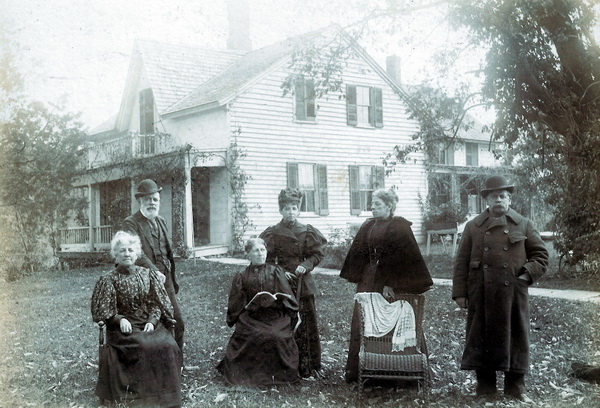 Thomas Havenner Cahoon ran the lumber business Cahoon & Havenner and was a member of the City Council of Cleveland. John Joseph Cahoon was a mechanical engineer in Memphis, Tennessee. Leverett Judson Cahoon and John Marshall Cahoon built and operated a grocery store and boat house in the area. The four daughters became school teachers across northern Ohio.
In 1882, Joel Cahoon was near the end of his life, spurring thoughts of a lasting legacy. That year a barn was built for Joel and the family decided that upon the death of the last family member, their history would be preserved by giving Rose Hill to the city with the stipulation that it be converted into a library or museum. Later that year Joel Cahoon died at 90 years old but his legacy was ensured. His youngest daughter and last surviving heir, Ida Cahoon, wrote her will to honor the family’s decision. As a result, Joel’s barn is still standing as the Bay Village Community House, the grounds are now Cahoon Memorial Park, and their house is Rose Hill Museum. (To read more about the will visit The Library .) 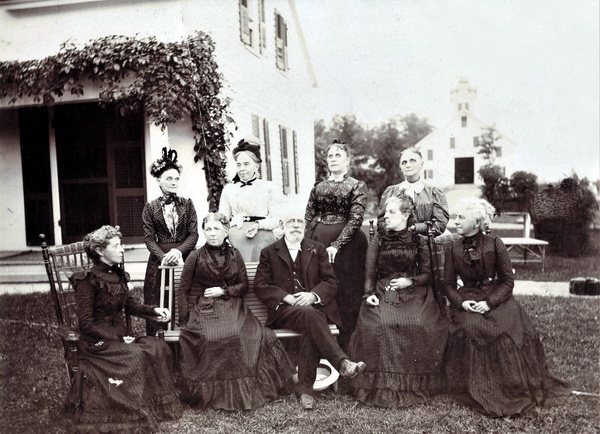 Today, the museum proudly displays their history and the history of their neighbors, giving us a glimpse into the lives of these early settlers. Enter the museum and visit the 1818 Parlor to begin the tour.