The early families of Dover Township didn’t have the modern luxuries of indoor plumbing and spring mattresses. Their bedrooms would have featured rope beds and chamber pots instead.

Aaron Aldrich III and Elizabeth Winsor Aldrich settled in Dover Township permanently in 1829. They lived in a log cabin on Lake Road until they could build a frame house. Their early life would have been very similar to the Cahoon’s. The 1818 Bedroom’s furnishings are primarily from the Aldrich family and give a peek into what life was like for them during these early days.

The Long Road to Dover 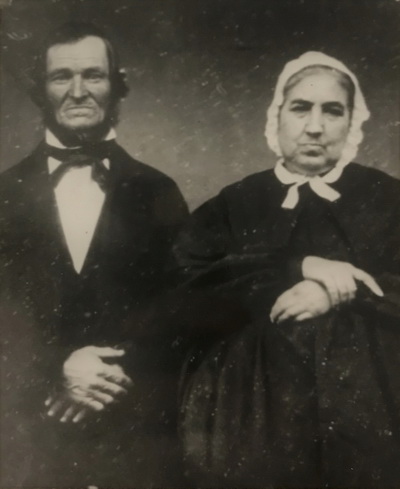 Aaron Aldrich III and Elizabeth “Betsy” Winsor Aldrich first arrived in Dover Township in 1816. They built a log cabin on land shared with Henry Winsor, Betsy’s brother, who had arrived three years earlier. However, six years later, Aaron received a letter asking him to manage a cotton factory in Otsego County, New York. The family left Dover for New York where they lived for seven years before finally moving back to Ohio. With the money he had earned in New York, Aaron purchased a 140-acre farm along the shore of Lake Erie. There they settled and built their frame house in 1830. The house still stands today at 30663 Lake Road.

The box spring mattress wasn’t invented until 1865. This meant that early Bay Village settlers slept on beds strung with rope and topped with a straw, corn-husk, or feather-filled mattress to provide support and comfort. The poplar and maple rope bed seen in the 1818 Bedroom belonged to the Aldrich family, likely constructed some time in the 1830s alongside the construction of their frame house. 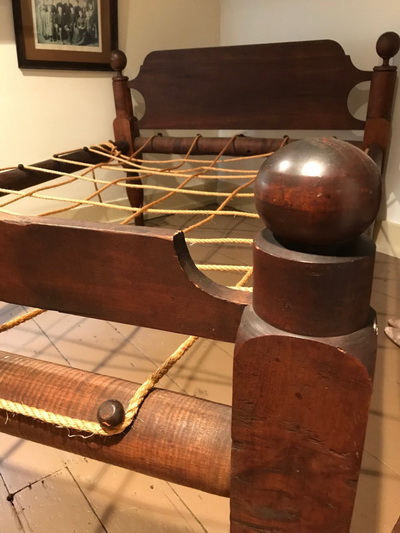 The bed would need regular tightening as the rope would begin to sag in the middle over time. To aid in tightening the rope without having to redo the entire bed, a rope key would be used. This was also called a bed winder or bed wrench. 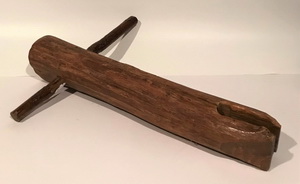 We may take for granted the ease with which we can wash our face, brush our teeth, and take showers without much thought to how the water gets to us. But the Aldrich family couldn’t simply turn a knob back in 1829 and have fresh water to wash with. They would have to haul water directly from the well.
Instead of sinks, showers, and bathtubs, the family used wash basins and pitchers like the white and pink ironstone china set seen in this bedroom. The family would use this set for cold sponge baths in the morning. 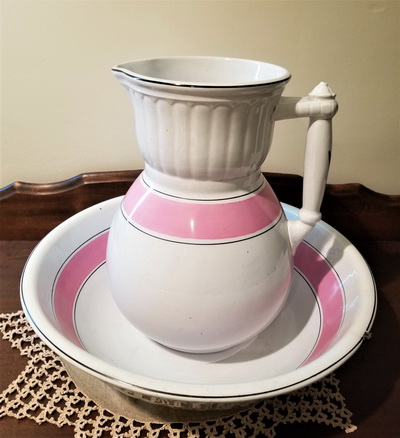 The first sewer in neighboring Cleveland wasn’t even built until 1856. This meant that instead of a flush toilet, the family would have used a chamber pot. This would have been preferable to use during the night rather than having to take the long, dark, and oftentimes freezing, walk to the outhouse.