Forest Views and Giving Thanks

Forestview Elementary was a K-6 school in Bay Village. It was built in 1927 at 493 Forestview Rd. In 1981 the school was closed down due to declining enrollment and the students that attended were moved to other elementary schools. The building then housed a Montessori school for a time before it was demolished in the early 2000s. In 2010 the land became the site of a community garden. 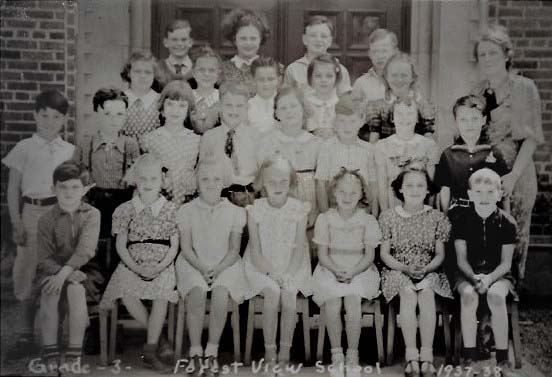 In the school collections of the Bay Village Historical Society, we have a very small collection of three editions (1937, 1938 and 1940) of the Forestview school’s publication, Forest Views. The publication was produced entirely by students and teachers of the elementary school. It won two awards, according to the Bay Alumni Foundation, including a recognition from a national mimeograph company. The copies in our collection range from 10-12 pages in length, separated into various sections which do not change much through those years. “Bay Peeps” contains reports from each grade on projects they are doing or subjects they are studying. A section titled “Tale Chasers” lists all of the social happenings of the students at Forestview. Other sections include a calendar of upcoming events, sports reports and puzzles. The topics in the publication could range from what student went on vacation and where to serious contemplations on the news of the world. 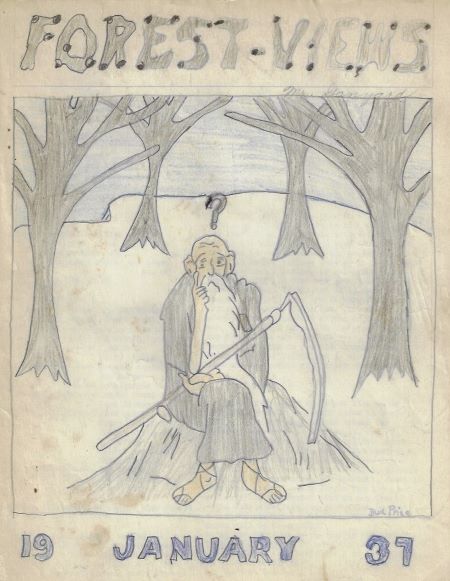 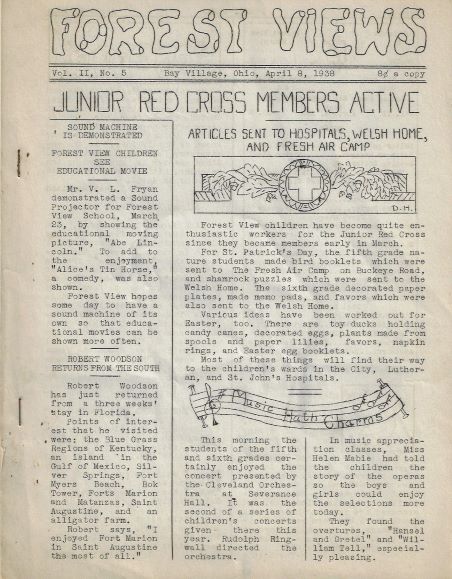 In the November 20, 1940 issue, the students recognize the war going on in Europe that, thankfully, had not yet touched Americans. One sixth grader, Wallace Bower, wrote “As the day approaches when all people give thanks, news comes of discouraging incidents in the nations beyond the sea. In this free country, true Americans should give humble thanks to God for the peace that is still theirs to share and for the privilege of preserving the American way of living.”

Unfortunately, the peace would not last and by December 7 of the following year, America would be compelled to end its isolation after a surprise attack by the Japanese on Pearl Harbor. Three days later, after Germany and Italy declared war on the United States, our country became fully engaged in the Second World War. 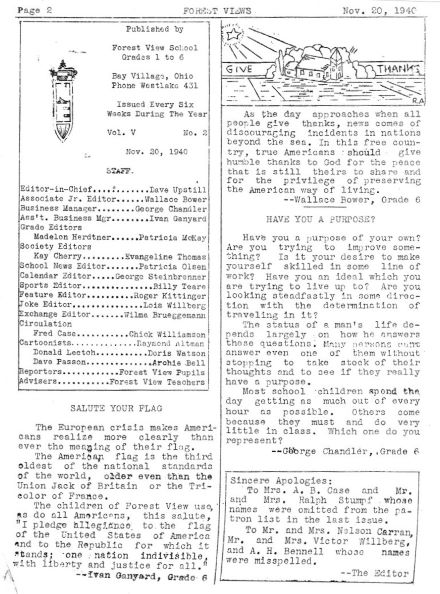 The Bay Village Alumni Foundation has a larger collection of Forest Views. Issues from the 1940s include stories of children raising money for war bonds and cover air raid patrols.