The following article was written by Bay Historical Society Trustee Sue Jachnick. It was sparked, in part, by the discovery of an intact bird-of-paradise in the costume collection at Rose Hill Museum. The museum owns many such accessories with some put on display this year to coincide with several small exhibits celebrating the significant decade of the 1920s in Bay.

The Osborn Learning Center (next door) currently features photos and artifacts concerning the Bay Hospital. Photos and articles about one of its physicians, Dr. Samuel Sheppard, and his infamous murder trial are also on display. Information about former Bay Village resident and famous G-Man of the “Untouchables” fame, Eliot Ness, can be viewed courtesy of collector Kevin Killeen.

Over the past winter under the direction of Cathy Flament, the clothing collection at Rosehill has been meticulously inventoried and stored.  We have opened countless drawers, bags, boxes and containers filled with all sort of items.  Imagine our surprise when we came across a beautiful stuffed bird.  We had no idea where it came from but guessed that it had once adorned a woman’s hat.  We did some research and learned that it was a bird of paradise and had likely come from Papua New Guinea. One of the few places on earth where it can be found.  It is a multicolored bird with brilliant, iridescent feathers that grow only during its mating season. Further research revealed some fascinating facts about this odd Victorian fashion.

The Victorians were said to have over done everything from decorating to fashion.  Their motto may have been “too much is never enough” and this was certainly true from 1885 – 1921.  During that time women’s hats were not only tall but wide-brimmed and lavishly decorated with large bows, flowers, ribbons, feathers and even entire birds.  Yes, birds. The hats were so large that women had to sometimes kneel down in their carriages or ride with the head outside the window. 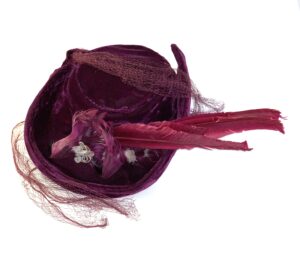 This trend originated in the fashion salons of Paris and rapidly spread to the United States.  The birds that were used were not common birds like chickens, starlings or robins but rather rare, exotic, colorful birds found only in Central/South America, Amazon rainforest and the Pacific Islands. Explorers spent months and sometimes years in these far-off places gathering thousands of specimens to be shipped back home for the sole purpose of the fashion industry.  Hundreds of pounds of feathers were shipped back to supply the demand for this fashion trend.  Hunters descended on the everglades in Florida and stole snowy egrets off the nest for the sole purpose of obtaining their plumes that only grow during mating season.  The practice not only killed the stolen bird but left nestlings and eggs without a parent and doomed them to a certain death. It drove the species to near extinction. 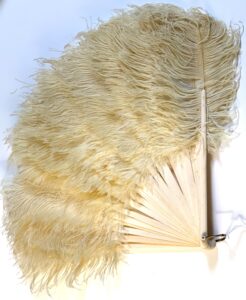 Sometimes the specimens were prepared is such a way that the bird was left intact and the entire bird sat perched on the hat.  For a particularly ostentatious look multiple birds would be used to adorn the hat thus increasing the status of the woman in Victorian society.  Other times, the feathers would be plucked and used separately.

By 1914 the practice of killing birds for their feathers had become so out of control that entire species were being driven to extinction and birds were disappearing by the millions driving their numbers to dangerously low levels.  Finally, people began to take notice and were appalled. Women’s groups and conservations groups began organizing and staging protests. Eventually, women began to reject the practice and refused to wear feathers of any sort. 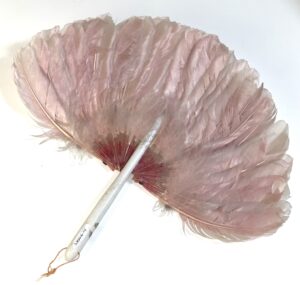 This fashion trend contributed to the founding of the Audubon society and in 1918 President Wilson signed the Migratory Bird Act into effect.  It is the most important bird protection law in the U.S. and it has been in place for over 100 years.  Legislation had been passed to weaken the act but it has recently been repealed.

If you want to learn more:

David Attenborough has a documentary about birds of paradise. The Feather Thief a non-fiction novel by Kirk Wallace Johnson. 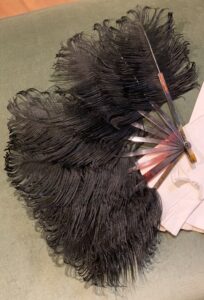 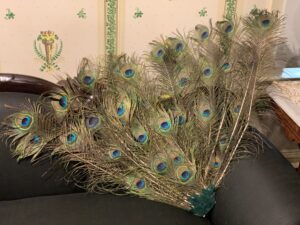