Do you recognize the building below? It sits at the southwest corner of Dover and Wolf, across from Bay Village City Hall. Although currently occupied by Vivid Diamonds & Design, for many decades prior the site was known as a gas station. Ernie Olchon’s Bay Service Station at 27205 Wolf Road was in business from 1940 until the early 1970s. It was run by Ernest Olchon, Bay Village resident and WWII veteran.

The Bay Village Historical Society has many interesting items concerning Mr. Olchon. The collection contains objects, documents and pictures, including Olchon’s time serving in the Philippines and his business in Bay Village.

Below you’ll find photos of his station from various decades of its existence. Note the changes in appearance of the building over the years.

If you are interested in being a part of preserving and sharing the history of people and businesses like this and would like to ask about volunteering your time with us at the Bay Historical Society, please contact (440) 871-7338 or email us: info@bayhistorical.com. 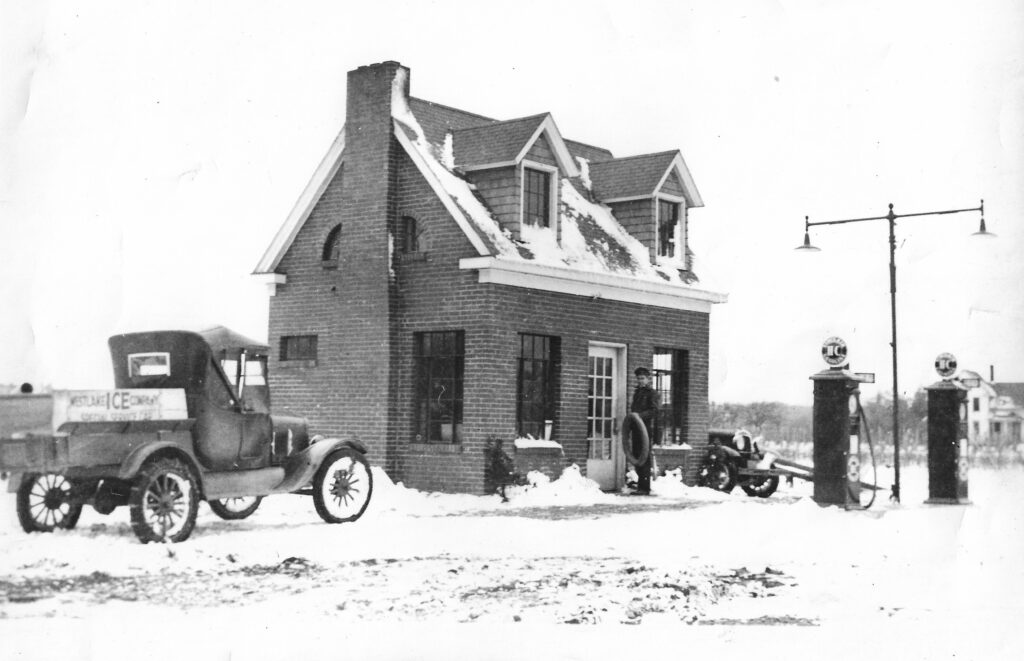 2018.P.11.12.04, Gas station circa the 1940s, possibly when Ernest Olchon was an employee but before he took ownership (note the Bay Village Square Shopping Center, built in 1949, had not yet been constructed) 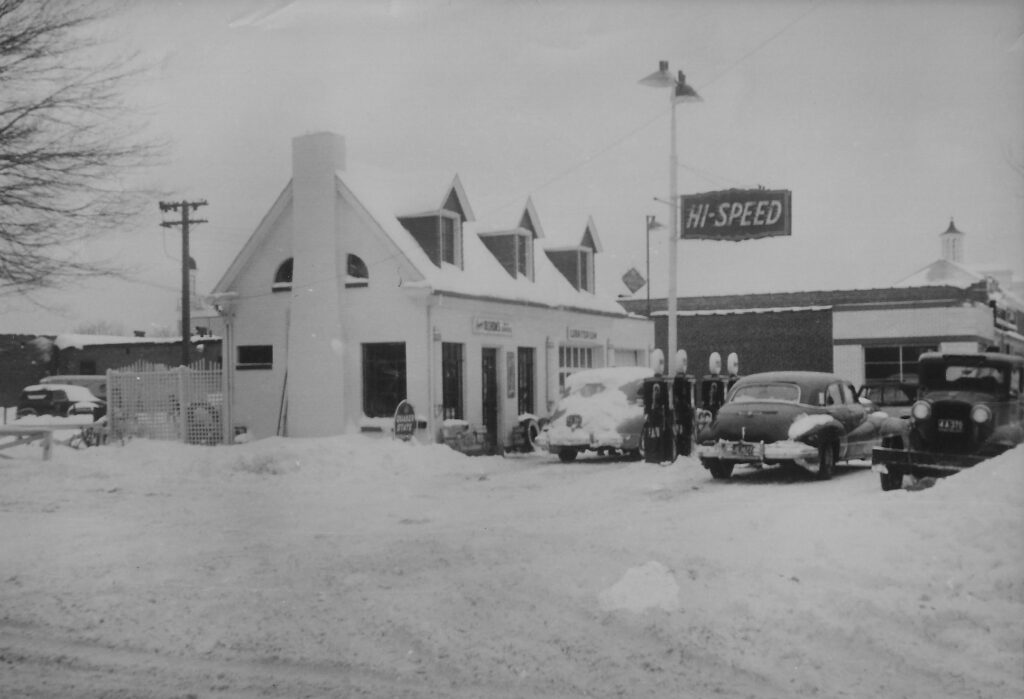 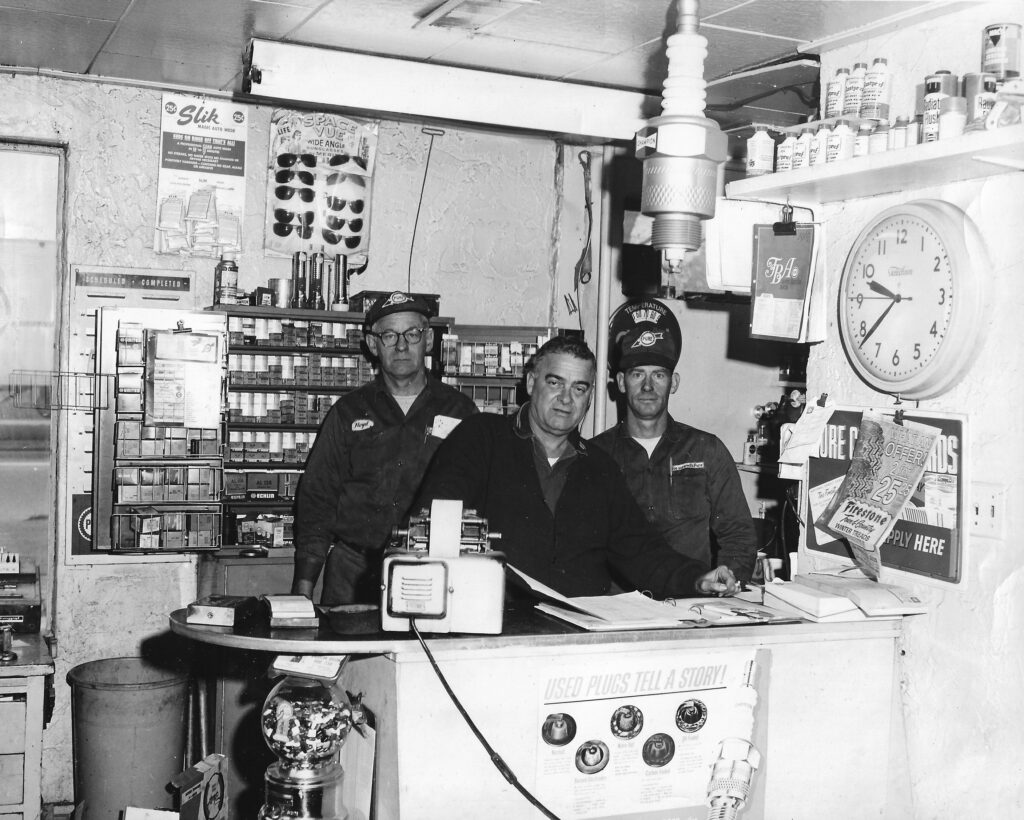 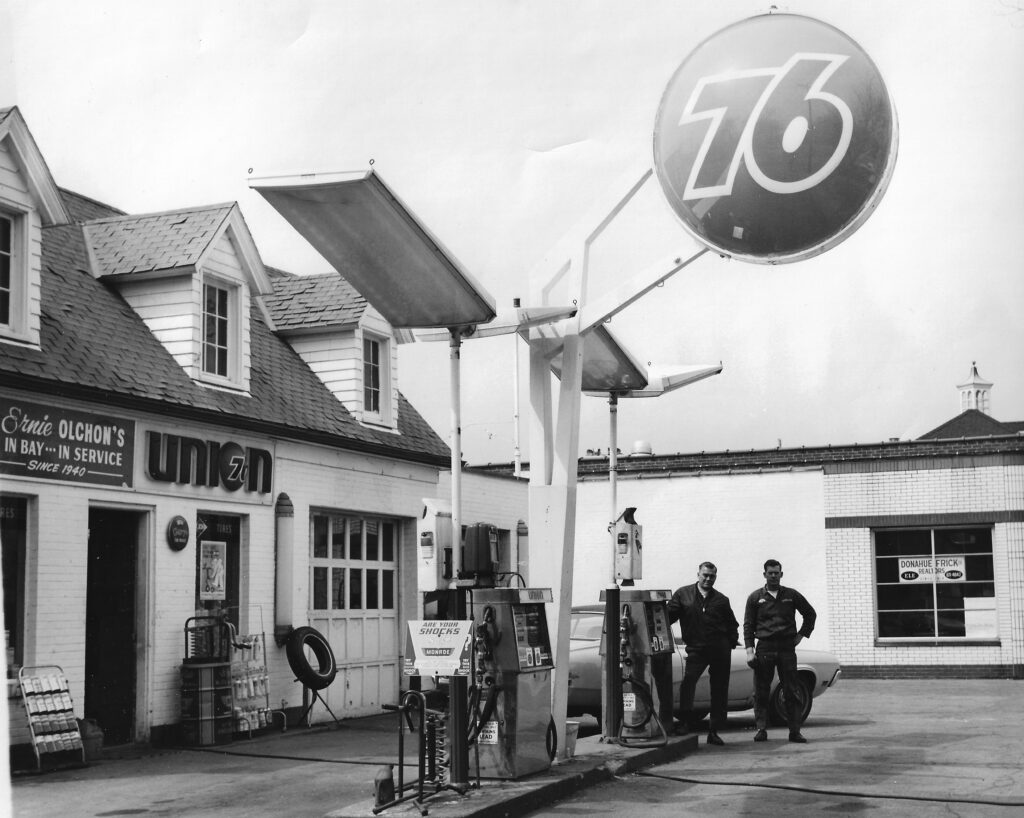