As Bay High School celebrates another homecoming and the 50th anniversary of the Bay Memorial Stadium, we at the Bay Village Historical Society decided to look through our small collection of Bay football’s past.

The first piece of history found in our school collections is from the May 1925 edition of the Parkview publication, The Larynx. The athletics page talks about Parkview’s first year with a football team, albeit a very young one. The coach was G.S. Thompson and the oldest player on the team was probably no more than 15 or 16 years old, judging from the 1924 team photo and the fact that the school would have only housed up to grade ten at that time. It states that parents were concerned for their kids as there weren’t enough junior teams to play against. Parkview had to play two of the five games of the season against senior high teams. No serious injuries were reported and the players were eager to use their new experience in the game the next year. 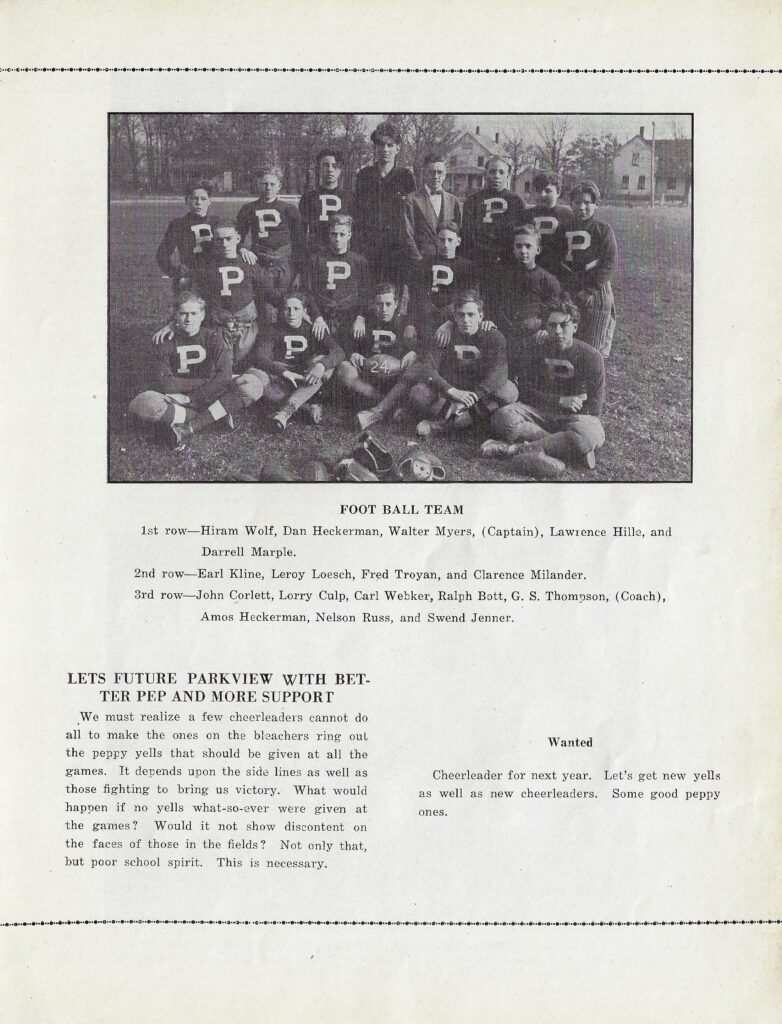 1924 football team under coach Thompson in the May 1925 Larynx

Over the next 22 years, according to Bay Bluebook yearbooks and our photographs, Parkview High School saw several varsity football coaches. Otto E. Mahler succeeded Thompson in 1925 and continued to coach football at Parkview through the 1928/29 school year. 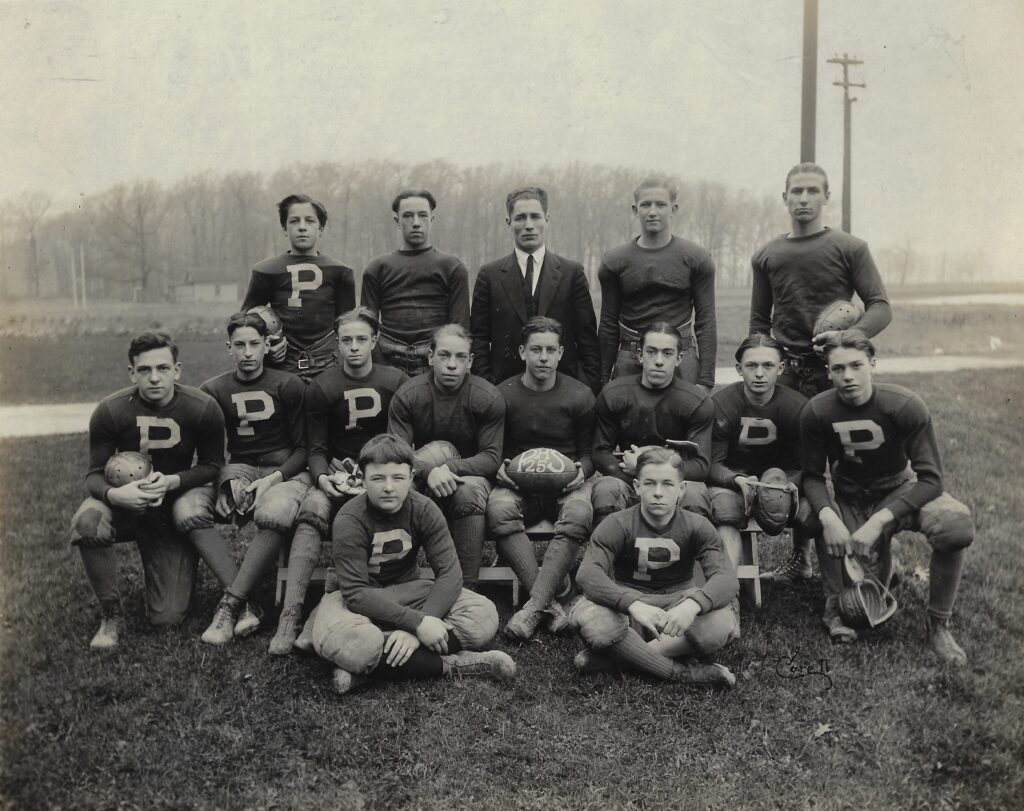 Homer P. Secrist succeeded Mahler and coached through the 1941 season. He was the principal of Bay High School for eight years (1940-1948) and worked for many years after in various faculty positions including Athletics Director and as a math and physics teacher until his death in October of 1960. The Homer Secrist Memorial Award, named in his honor, was created to be given each year to a deserving athlete. 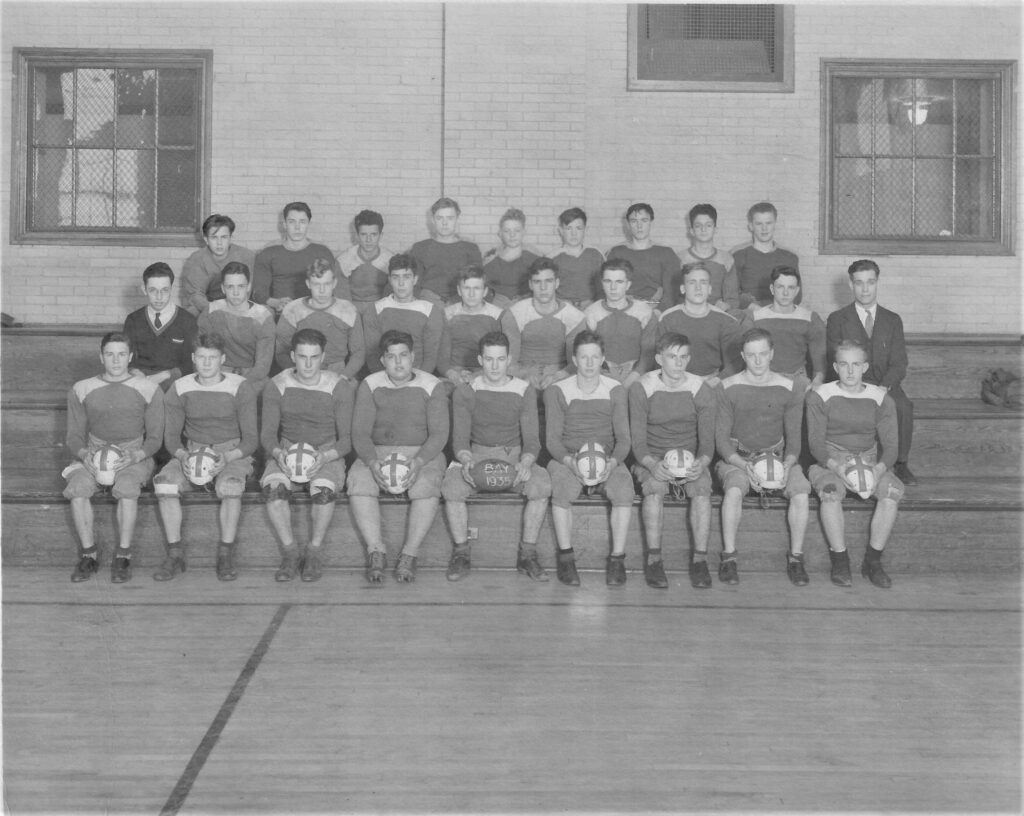 The 1942 season was coached by Dick Humphrey and Harry Craig, who only stayed on for that one season. Tom Welbaum also took over for only one season in 1943. Michael DePaola coached from 1944-1946. 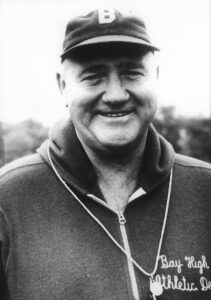 In 1946 Parkview hired Jack Llewellyn to coach its varsity football team. Llewellyn would stay on for 25 seasons and would become one of the most well-known high school football coaches in Ohio. He is credited with encouraging the school to name an official mascot. Parkview High also changed its name officially to Bay High School during his first year. By the 1947 season, the new Bay High School Rockets took the field under their new name. Under Llewellyn and his assistant coaches, including such names as Robert Kitzerow, Cy Lipaj, Wayne Gray and Richard Voiers, Bay High School had a very successful football record. The most celebrated of Llewellyn’s career was the undefeated 1954 season. He ended his tenure at Bay High School after the 1970 season with 150 victories under his belt. 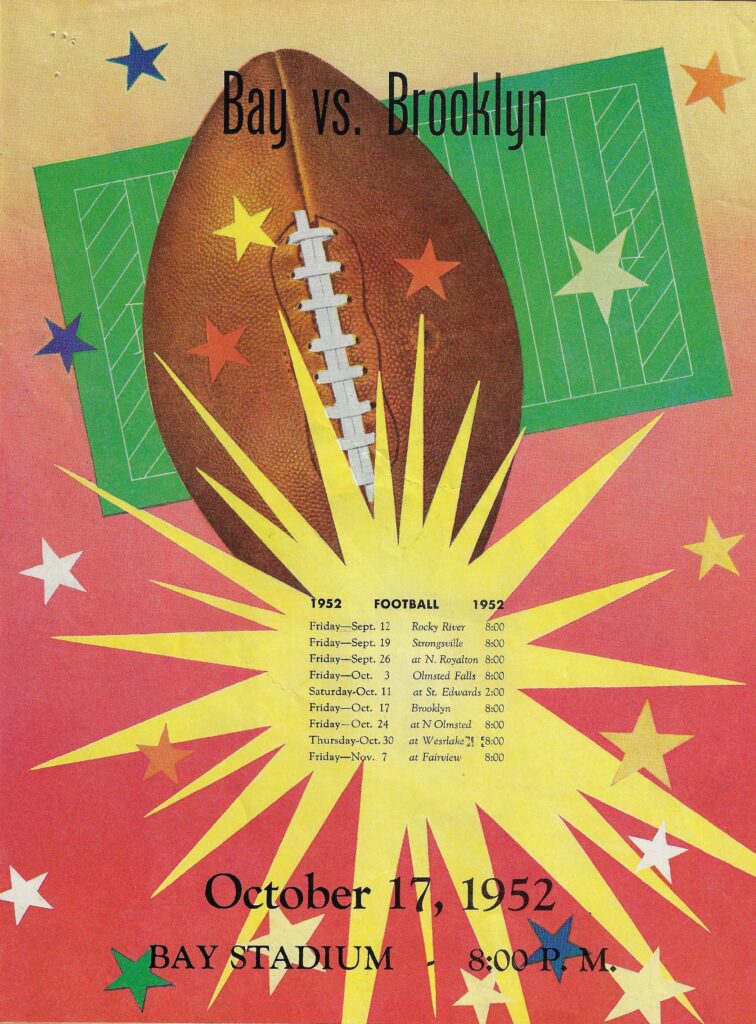 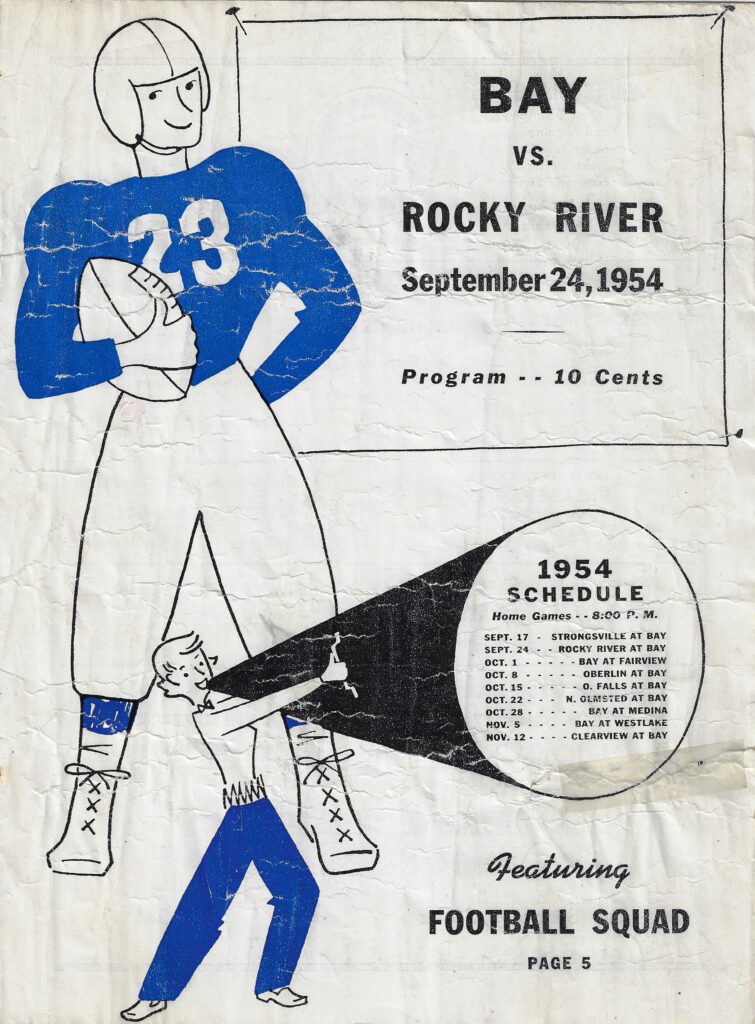 1971 saw some major changes to the Bay High football team. E. Donald Chadwick, who had served as offensive line coach under Llewellyn, took over as head coach. A brand-new stadium at the high school’s new location on 29230 Wolf Road (as of 1968) was in the works. On September 29, 1972, the new Bay Memorial Stadium was officially dedicated during a rainy football game against Rocky River. 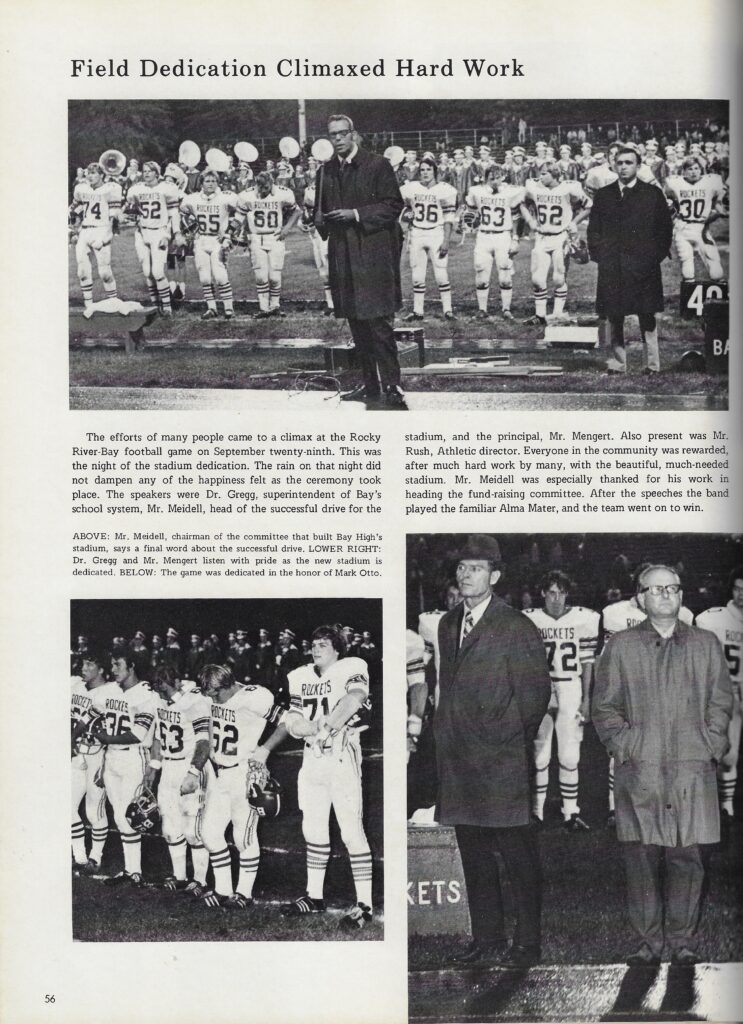 If you are enjoying these glimpses of Bay Village’s past, we ask you to please consider donating to the Bay Village Historical Society or becoming one of its members by visiting http://www.bayhistorical.com/support-us/#Donate. We can’t do it without you!

You may still relive some school days of Bay’s early history by visiting the Rose Hill Museum (open every Sunday, April through December from 2-4:30pm) to see in person a small temporary display of items from Bay Village’s early school days. Next door at the Osborn Learning Center we have copies of most Bay High School yearbooks. You may also browse the yearbooks online at: https://www.bayhistorical.com/bay-village-history/#Yearbooks

More information about Bay Village public school history (especially the later years) can be found through the Bay Village Alumni Foundation and you may find their contact information on their website at: https://bayalumni.com/

Posted in Blog, Glimpse of the Past and tagged Bay High School football, Bay Memorial Stadium.